Here is an excellent article written on the subject in the St. Louis American

Posted by cbn in From The Field. 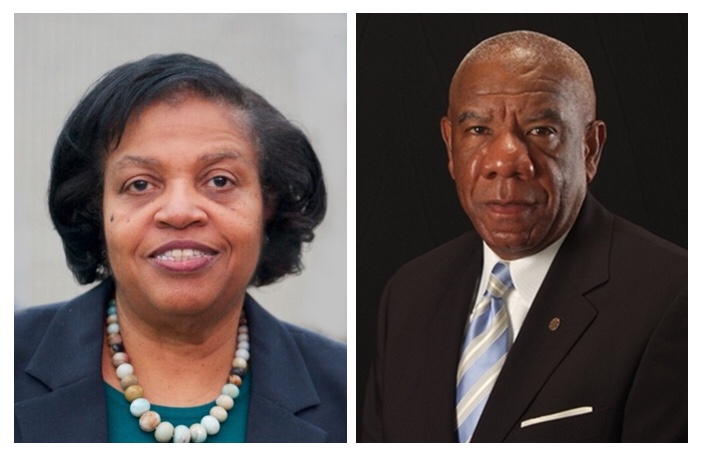 By Jackie Hutchinson, co-chair of the St. Louis Equal Housing & Reinvestment Alliance (SLEHCRA), and Clayton Evans, Community Banking and CRA officer at Reliance Bank and board member of the MSLCRA Association

This editorial was originally published in The St. Louis American.

The historical impact of the early 20th century federal redlining policy continues to hold back many communities of color. For decades, the federal government used a system of color-coded maps to grade neighborhoods for mortgage risk. Red areas were marked the highest risk for loans, which were primarily African-American neighborhoods, meaning residents could not secure financing for homes and were unable to build equity and accumulate wealth from which many white families and neighborhoods benefited.

The impact of redlining continues today. Neighborhoods in North St. Louis continue to show little or no mortgage lending activity. While many neighborhoods in St. Louis have recovered from the financial crisis in 2008 and now have an active mortgage market, neighborhoods north of Delmar have almost zero loans.

One of the contributing factors is depressed housing values creating an almost all-cash market, and making it nearly impossible for potential home buyers to finance a home. Depressed home values of surrounding homes guarantees that more buildings will face demolition and ensures homeownership remains out of reach for many families. This is felt when a family tries to purchase and rehab a home but cannot get a loan because the home’s after rehab value is still too low.

In the Greater Ville community for example, you may purchase a home for $35,000 and provide an additional $50,000 for rehabilitation. After completing the rehabilitation, the home only appraises for $70,000, far less than the $85,000 needed to purchase and renovate the home. Because of this common appraisal gap, the loan is denied. Consequently, homes in the impacted communities stay vacant and fall further into disrepair, while families lose out on becoming homeowners in their neighborhoods.

To overcome the long-lasting effects of redlining and to break this vicious cycle, a coordinated approach to reinvesting in neighborhoods of color is needed. We need to do the opposite of redlining—we need to “greenline” neighborhoods, opening up access to credit for residents to buy homes.  Lenders, community organizations, foundations and local governments must work together to create a loan program that fills this need.

We’re calling this approach a Greenlining Fund. This fund, modeled after the Detroit Home Mortgage Initiative, would provide loans for qualified community residents to purchase and rehab homes above their appraised value. In Detroit, the program works with partner banks, foundations, local governments, and a community development financial institution (CDFI) to offer loans up to $75,000 over the appraised value to purchase and rehab a home or repair their current home. Participating banks offer the same loan product, which provides homebuyers with consistent terms and rates on quality, affordable mortgages. Since the program’s beginning in 2015, Detroit has seen the number of mortgages increase by more than 25 percent each year. This program has opened up homeownership opportunities to families who have long been denied the ability to invest in their neighborhoods. We believe this program will work in our market.

The Greenlining Fund would foster homeownership opportunities for residents and help stabilize neighborhoods. Becoming homeowners would help build household wealth for African-American families historically cut out of home-buying opportunities. Homes that have fallen into disrepair will become habitable, reducing the number of vacant homes and bringing life and vitality to neighborhoods. An influx in home rehab projects will create jobs and bring more investment to North City neighborhoods. New mortgages made through this fund will contribute to restarting the real estate market and increasing housing values, helping to improve our local tax base and contributing to the economic viability of the city.

We are already working as a group with the Metropolitan St. Louis CRA (MSLCRA) Association and nonprofit advocates like the St. Louis Equal Housing and Community Reinvestment Alliance (SLEHCRA) to put the pieces for this fund together in St. Louis. In particular, the report “Segregation in St. Louis: Dismantling the Divide,” recently released by the For the Sake of All project team and partners, included the Greenlining Fund as one of its policy recommendations. We call on our partner lenders, nonprofits, and CDFIs to join us. More support is needed from foundations, our government leaders, and from neighbors and community members that want to undo the effects of redlining in their neighborhoods and instead, invest in opportunities for neighborhoods to thrive.

Jacqueline Hutchinson is VP of Operations for People’s Community Action Corporation in St. Louis. She is actively involved in policy and advocacy issues that affect low-income consumers in the St. Louis region. Jackie is Co-Chair of the St. Louis Equal Housing and Community Reinvestment Alliance (SLEHCRA), where she works to increase investment in LMI communities; serves as board chair for Missouri Consumers Council; and is a member of the Unbanked Task Force. She has a Master’s Degree in Policy Analysis from Southern Illinois University and a Bachelor’s Degree in Business from Washington University in St. Louis.

Clayton Evans is Senior Vice President of Community Banking and CRA Officer at Reliance Bank. He is also a Board Member of the Metropolitan St. Louis CRA (MSLCRA) Association. MSLCRA was formed to provide a venue allowing banks of all sizes within the St Louis Metropolitan Statistical Area (MSA) to come together in a non-competitive environment to share best practices.

Articles in “From the Field” represent the opinions of the author only and do not represent the views of the Community Builders Network of Metro St. Louis or the University of Missouri-St. Louis.